Historian Doris Kearns Goodwin has a message for young people who are disillusioned with two-party politics and who feel like their vote doesn’t matter: “Believe that you can do more than vote.” Goodwin, an expert on American presidents whose book, No Ordinary Time: Franklin and Eleanor Roosevelt: The Home Front in World War II, won a Pulitzer Prize, tells Bustle that if the past can show us anything, it’s that the country is in a time of crisis right now because people have lost faith in the government.

Click here to read the full article on Bustle.com. 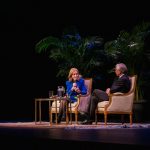 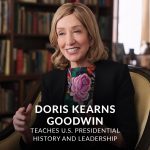