As the foremost expert on U.S. presidents and their peccadilloes, Doris Kearns Goodwin thinks we could learn a thing or two from the past. 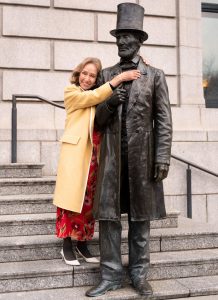 Presidential historian Doris Kearns Goodwin cozies up to Abraham Lincoln so warmly, you could almost forget that he’s a man 134 years her senior, cast in bronze, and attached to the stairs outside the New York Historical Society. “Isn’t he great?” she purrs, touching his cold, hollow cheek.

If anyone has a sense of humor about her well-documented Lincoln obsession (NBD, Barack Obama apparently has one too), it’s Kearns Goodwin herself. The 16th president has been her most noteworthy relationship next to her marriage to lauded presidential adviser and speechwriter Richard Goodwin, who died last May.

Kearns Goodwin spent 10 years with Abe while writing Team of Rivals: The Political Genius of Abraham Lincoln and several more while advising Steven Spielberg and Daniel Day-Lewis on the 2012 biopic Lincoln. She and Abe were reunited for her latest book, Leadership in Turbulent Times, which explores the transformational presidencies of Lincoln, Theodore Roosevelt, Franklin Delano Roosevelt, and Lyndon Johnson, whom Kearns Goodwin served as a young aide in the 1960s.

Thanks to her new best-selling book, frequent TV interviews, and near-constant public appearances, her profile as a public intellectual has climbed even higher. Not many historians are recognized by strangers on the street — even fewer have cameos on The Simpsons — but Kearns Goodwin, 76, handles the attention with affable ease. “Most of the time,” she says, “I’m meeting with people who have read my books, and you get energy from them.” 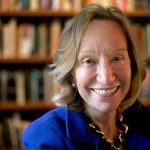 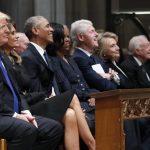 Pulitzer Prize Presidential Historian Doris Kearns Goodwin: Does the Leader Make the Times or Do the Times Make the Leader