Doris joined CNN International & PBS host Christiane Amanpour on Amanpour and Company to discuss and review former presidential nominating conventions as well as this year’s first ever virtual convention, where former Vice President Joe Biden accepted the Democratic nomination for president and delivered a speech that also referenced former President Franklin D. Roosevelt. “What makes a convention historic is if it leads to action. You know the words matter, but the question is: Does it mobilize people to act? Does it bring more people to the polls? ….That’s the way you judge whether history regards what you say and what you do at a convention. Does it change the course of action? And only time will tell that,” says Goodwin, author of “Leadership In Turbulent Times” among other books. 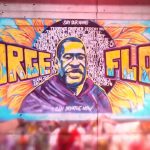 Historical Perspective on the Significance of the Ongoing George Floyd ProtestsUncategorized