Doris joined Morning Joe to discuss the life and legacy of Supreme Court Justice Ruth Bader Ginsburg, champion of women’s rights, gender equality and so much more, who died at 87 years old on Friday. “There was a power of example in this woman.…It’s not only how she was able to deal with Justice (Antonin) Scalia, collegiality, teamwork. She worked so damn hard,” said Goodwin, who went on to explain that President Theodore Roosevelt who held there were two kinds of success: The first is someone who has a talent that nobody else, no matter how hard they emulate, won’t be able to. But he said most success, and he included himself in the second category, comes from people who develop ordinary qualities to an extraordinary degree through unremitting, hard, sustained work. This could apply also to Justice Ginsburg, who herself said: “I don’t have the kind of talent that could make someone a great opera singer….The law is something that I think I deal with well. It is consuming.” Hear more about Ginsburg’s incredible ability to overcome adversity and her steadfast commitment to pursuing justice for all. 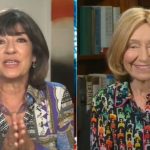 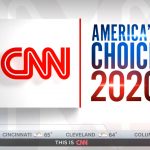