Funding and respect for teachers

“Teachers are now standing up and saying enough is enough, just like the #MeToo movement. And they’re not just fighting for raises; they’re fighting for funding for their school districts. In Oklahoma, some of those districts are only open four days a week because they can’t afford the heating or the lighting for the fifth day. And they’ve really got the parents and the kids behind them. So, it’s a community thing. I have a son who is a high school teacher, and it’s the proudest thing that I am. I walk around town and people will say: ‘Your kid is changing my life.’ [Teachers] should be given the cultural respect. They should be given the salaries they need. Our country needs education as a cornerstone of democracy,” said historian Doris Kearns Goodwin on Sunday’s Meet the Press with Chuck Todd as the panel analyzes a statistic that highlights the significant wage gap between teachers and police officers in America, particularly in Oklahoma where more than 100 people, including teachers, parents and their supporters, marched 110 miles across northeast Oklahoma to call for more funding for the state’s schools. Hear more of the discussion here. 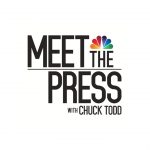 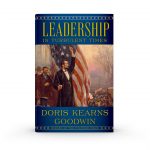